With microservices, you can ditch the complexities of monolithic architecture for the nimble and flexible approach that embraces the “do one thing, and do it well” mentality. In this paper, you will learn why microservices are becoming the cornerstone of modern architecture, how to begin refactoring your monolithic application, and common patterns to help you get started.

Microservices involve an architectural approach that emphasizes the decomposition of applications into single-purpose, loosely coupled services managed by cross-functional teams, for delivering and maintaining complex software systems with the velocity and quality required by today’s digital business.

Microservices are language-, platform-, and operating system- agnostic. They break down a big monolithic application, typically packaged as a single archive, into smaller and simpler applications. Each application does one thing, and does it well, so the “micro” in microservices refers to the scope of the services’ functionalities, as opposed to the number of Lines of Code (LOC).

Each application is built by a full-stack team, which reduces potential communication mismatch between different teams that could exist otherwise. Microservices may not be suitable for simpler applications and are better suited for complex applications that have grown over a period of time.

The concept behind microservices is similar to Service-oriented Architecture (SOA), which is why this style of architecture has been referred to as “SOA with DevOps,” “SOA for hipsters,” and “SOA 2.0”.

Microservices are not the silver bullet that will solve all architectural problems in your applications. Implementing microservices may help, but that is often just the byproduct of refactoring your application and typically rewriting code using guidelines required by this architecture style. True success requires significant investment.

Refactoring a monolith into a microservices-based application will not help solve all architectural issues. Before you start breaking up a monolith, it’s important to make sure the monolith is designed following good software architecture principles. Some common rules are:

7. Refactoring a Monolith to Microservices

Such an application can be refactored into microservices, which would create an architecture that would look like the following: 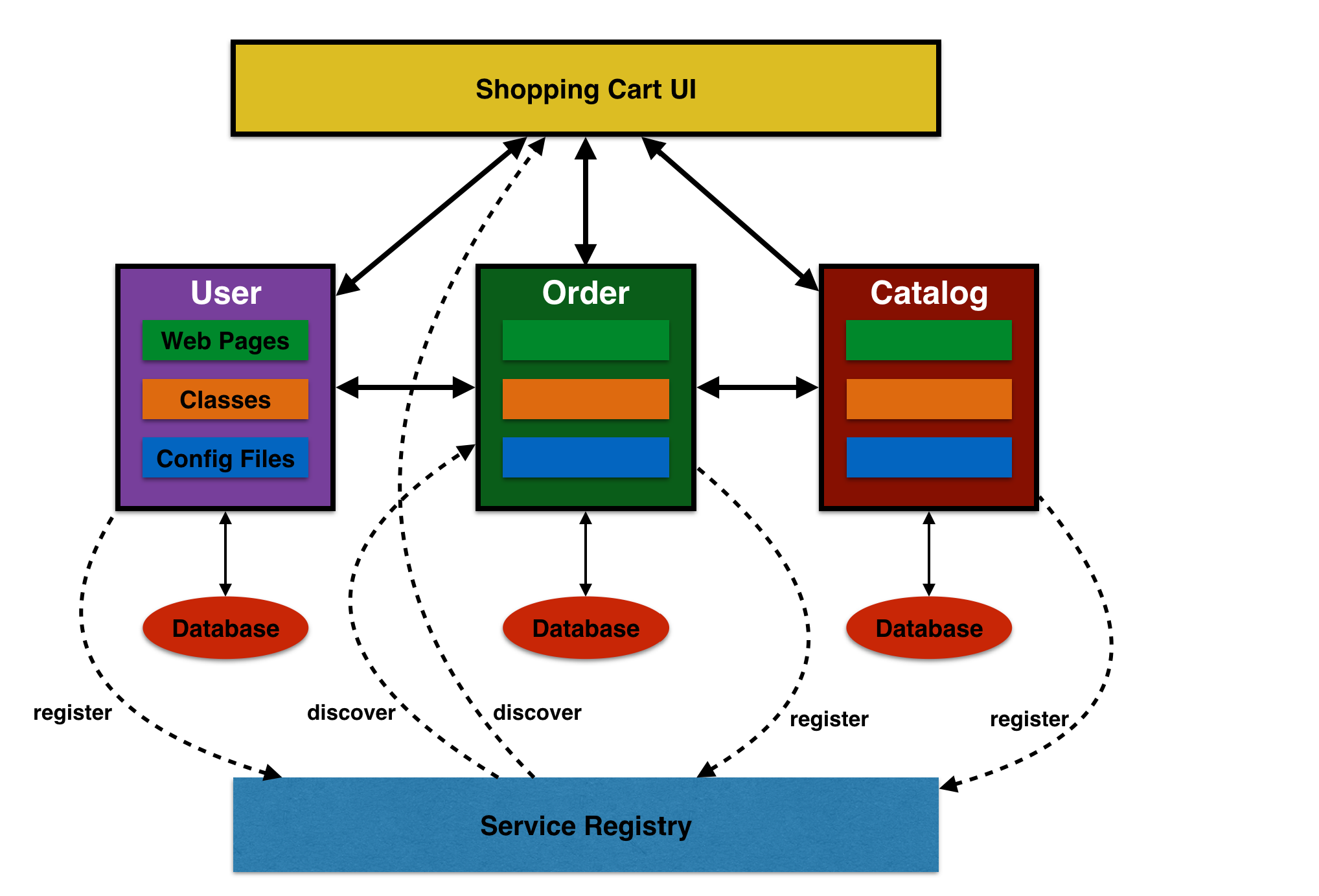 More details can be found at: http://github.com/arun-gupta/microservices.

1. Use Bounded Contexts to Identify Candidates for Microservices

Bounded contexts (a pattern from domain-driven design) are a great way to identify what parts of the domain model of a monolithic application can be decomposed into microservices. In an ideal decomposition, every bounded context can be extracted out as a separate microservice, which communicates with other similarly-extracted microservices through well defined APIs. It is not necessary to share the model classes of a microservice with consumers; the model objects should be hidden as you wish to minimize binary dependencies between your microservices. 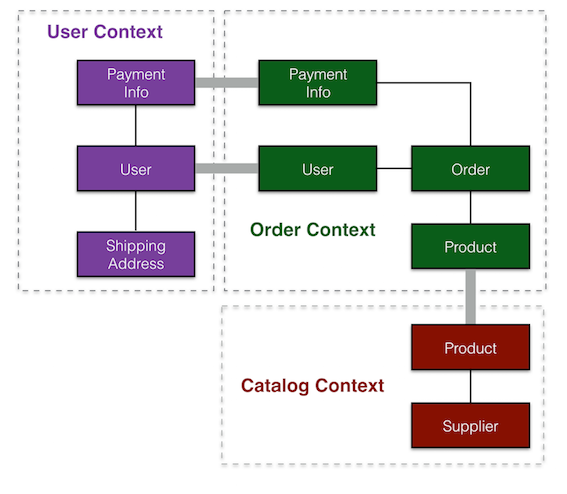 In a typical monolith, one team is responsible for developing and maintaining the frontend. With a microservices-architecture, multiple teams would be involved, and this could easily grow into an unmanageable problem. 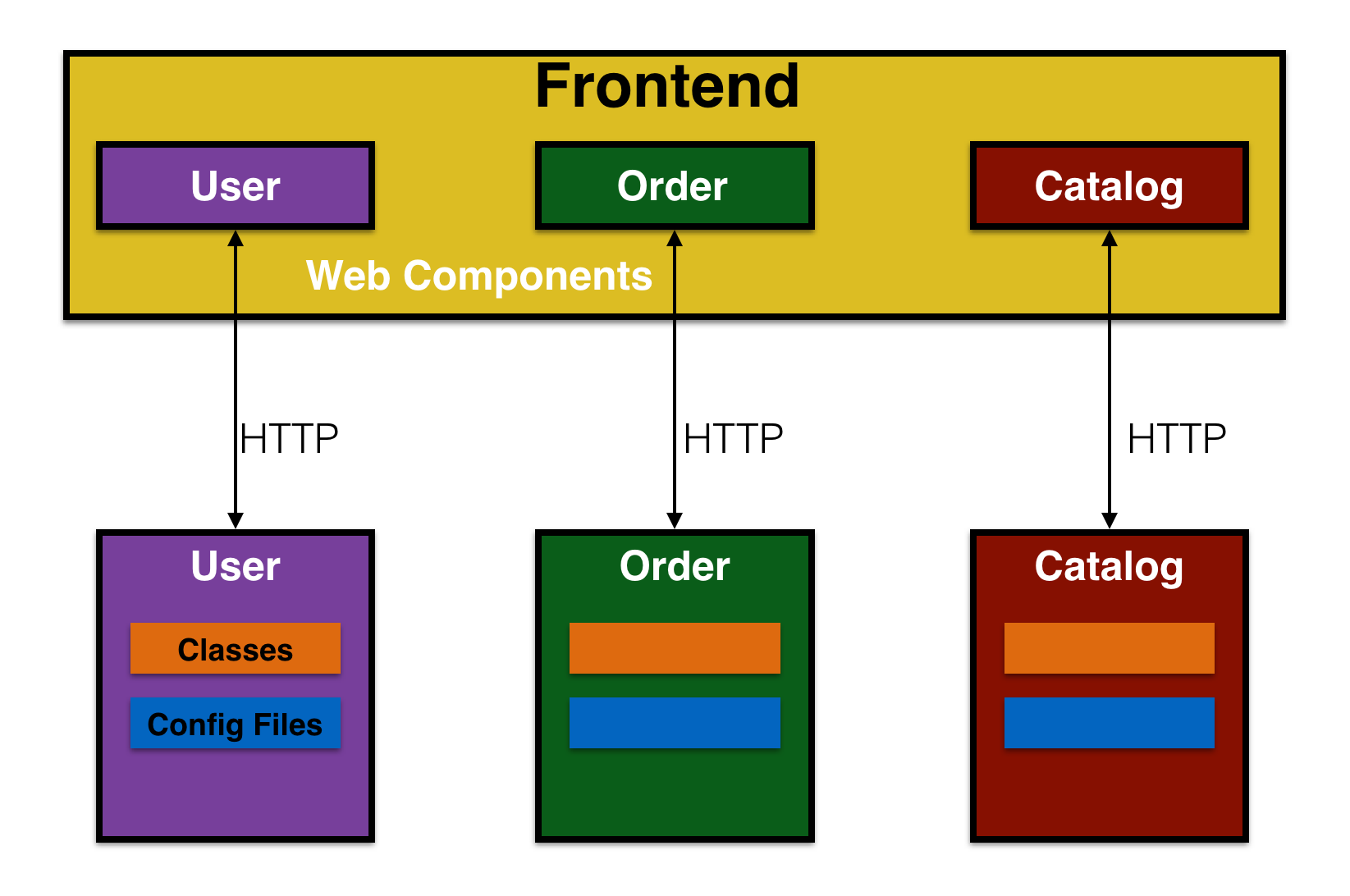 3. Use an API Gateway to Centralize Access to Microservices

The frontend, acting as a client of microservices, may fetch data from several different microservices. Some of these microservices may not be capable of responding to protocols native to the web (HTTP+JSON/XML), thus requiring translation of messages from one protocol into another. Concerns like authentication and authorization, request-response translation among others can be handled in a centralized manner in a facade.

Consider using an API Gateway, which acts as a facade that centralizes the aforementioned concerns at the network perimeter. Obviously, the API Gateway would respond to client requests over a protocol native to the web, while communicating with underlying microservices using the approach preferred by the microservices. Clients of microservices may identify themselves to the API Gateway through a token-authentication scheme like OAuth. The token may be revalidated again in downstream microservices to enforce defense in depth. 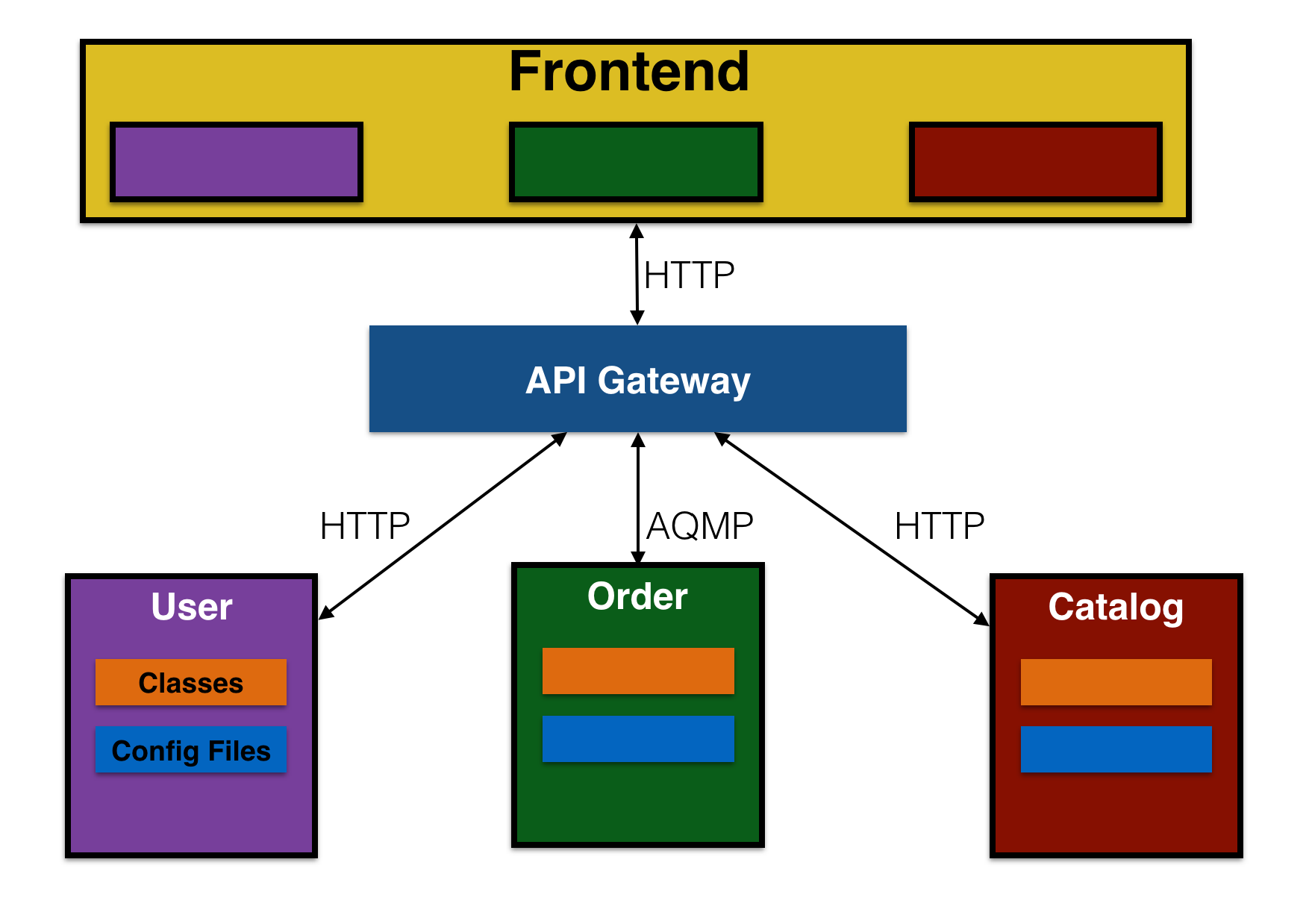 Figure 5: Use an API gateway as an intermediary

Unlike a monolithic application, which can be designed to use a single database, microservices should be designed to use a separate logical database for each microservice. Sharing databases is discouraged and is an anti-pattern, as it forces one or more teams to wait for others, in the event of database schema updates; the database essentially becomes an API between the teams. One can use database schemas or other logical schemes to create a separate namespace of database objects, to avoid the need to create multiple physical databases.

Additionally, one should consider the use of a database migration tool like Liquibase or Flyway when migrating from a monolithic architecture to a microservices architecture. The single monolithic database would have to be cloned to every microservice, and migrations have to be applied on every database to transform and extract the data appropriate to the microservice owning the database. Not every object in the original database of the monolith would be of interest to the individual microservices.

Each microservice can in theory utilize its own technology stack, to enable the team to develop and maintain it in isolation with few external dependencies. It is quite possible for a single organization to utilize multiple runtime platforms (Java/JVM, Node, .NET, etc.) in a microservices architecture. This potentially opens up problems with provisioning these various runtime platforms on the datacenter hosts/nodes.

Consider the use of virtualization technologies that allow the tech stacks to be packaged and deployed in separate virtual environments. To take this further, consider the use of containers as a lightweight-virtualization technology that allows the microservice and its runtime environment to be packaged up in a single image. With containers, one forgoes the need for packaging and running a guest OS on the host OS. Following which, consider the use of a container orchestration technology like Kubernetes, which allows you to define the various deployments in a manifest file, or a container platform, such as OpenShift. The manifest defines the intended state of the datacenter with various containers and associated policies, enabling a DevOps culture to spread and grow across development and operations teams.

A pub-sub messaging architecture may be employed to realize the event-driven architecture. One microservice may publish events as they occur in its context, and the events would be communicated to all interested microservices, that can proceed to update their own state. Events are a means to transfer state from one service to another.

The microservices architectural style has well known advantages and can certainly help your business evolve faster. But monoliths have served us well and will continue to work for years to come.

Consider the operational requirements of microservices in addition to the benefits before refactoring your monolith to a microservices architecture. Many times, better software engineering, organizational culture, and architecture will be enough to make your monoliths more agile. But, if you decide to follow the microservice route, then the advice in this Refcard should help to get you started.